skip to main | skip to sidebar

Indy should move a lot faster. This boulder can follow him around corners!


Excavated by sas c|:) No comments:


Some small town, Austria, 1992
Browsing the book shelf in the local paper store I discovered something I had to have: The German edition of the first Young Indiana Jones novel: Fluch der Mumie. I not only treasured the book, I also started a quest to collect all the books of the set. Easier said than done, though. Despite public knowledge the internet did already exist at that time (and I had access to it at work) but it was a year before the invention of the web browser and the WWW - a long time before the dawn of internet shopping. So I went to the paper shop every other week and thoroughly checked the shelf for new arrivals. Whenever I found a new Young Indy book, my adventurous treasure hunt was successful and I carried home my new possession.

Vienna, Austria, 1994
The impending doom of the far too early end of the TV-series threw a dark shadow on my quest. I had collected six of the novels so far but suddenly no further Young Indy books appeared on the book shelf of my home town. I had moved to Vienna by then and started to look in book stores all over the city without success. Afraid of shelf warmers the book stores ignored Indy's early adventures completely. Maybe I could have ordered the other books at that time but lacking any further information I did not know how many books there are. Without success I kept hoping I would find a new one the next time I was looking.

Vienna, Austria, 2000
By the end of the millennium it became clear to me: There was a set of 12 books - and I only had six of them. It was the darkest hour. But not all was lost: I had a new friend, the internet with its endless wonders.

Vienna, Austria, 2013
Finally, after more than two decades I have completed the collection. In the end it was a friendly search queue that I had set up years ago that saved my day. I got an email that a book store put up a used copy of the last book I needed for sale. I admit, that's a bit of an anti-climax but every quest must have an end. So, I proudly present the 12 German Young Indiana Jones novels: 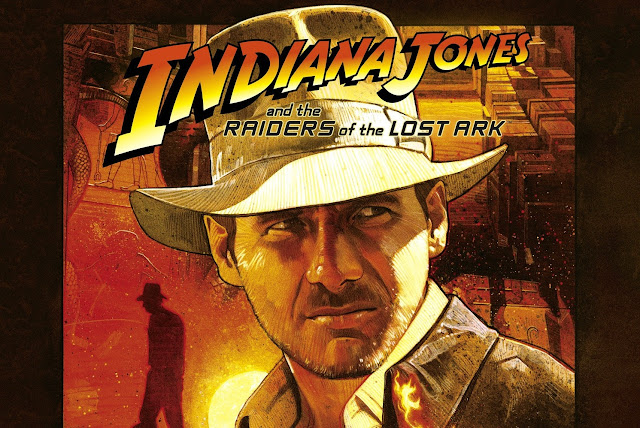 Excavated by sas c|:) No comments:

Who would not lack words upon meeting Harrison Ford. Benedict Cumberbatch (Sherlock, Star Trek Into Darkness) found some words but not the ones he was looking for...

BC: I had a fine moment with Harrison Ford at the beginning of this year ...
JF: Han Solo?
BC: Yeah.
JF: The coolest guy on earth!
BC: Completely and then topping that with Raiders of the Lost Ark as well. You know and I met the guy and I was so "OMG this is such a pleasure, I used to fantasize about you ..."

Bonus point for him for bringing up Raiders of the Lost Ark! He has to be an Indy fan.
Excavated by sas c|:) No comments:
Hieroglyphics: celebrity, fandom, Harrison Ford

Harrison Ford is fuckin' over it! 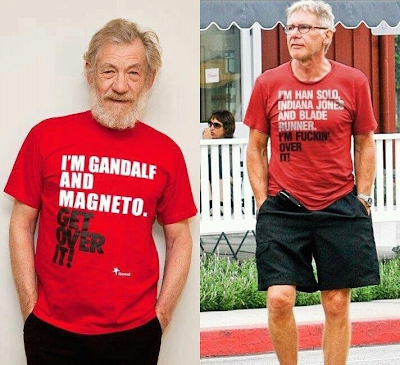